The 5 best Halloween parties in the world!

Almost Halloween! Time to get spooky, do trick or treat or party all night long with Dracula or the wicked witch! We have selected the 5 best Halloween parties in the world for you to celebrate!

Halloween is celebrated all over the world, but traditionally originated from the United Kingdom and celebrated mainly by the Celts. This tribe believed that on the day of Halloween spirits of all deceased people came back to try to take possession of a living body to live again. When the Romans invaded Great Britain, they mixed the Celtic tradition with their own traditions, and from then on at the end of October they celebrated the harvest and honoring of the dead.

Ready for some Halloween partying? 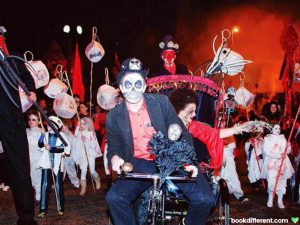 If you want on unique experience at Halloween, at the place where it all once started, then this party is the best! In Londonderry Halloween is a nine-day extravaganza of ghost buses, bonfires and haunted houses, climaxing in a spine-chilling fireworks display. Pubs supposedly refuse to serve anyone not in fancy dress.

Book the eco-friendly Angel House at bookdifferent.com for your perfect stay in Londonderry! 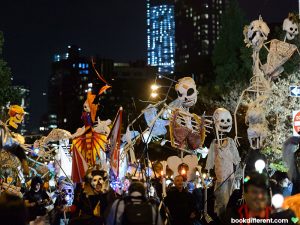 No country does Halloween more zealously than America! Involving two million people, the Village Halloween Parade shuts down most of Lower Manhattan as huge papier-mâché beasts and fearful pageant puppets strut their strange stuff. Here you can party all night long; the city that never sleeps.

Book the eco-certified HI NYC Hostel at bookdifferent.com for your perfect stay in New York!

Amsterdam Spook features a ton of awesome artists, performers and DJ’s, set up by Halloween fanatics. Another event that consistently sells out, this year’s theme is The Monster Bash, which celebrates classic movie monsters and rockabilly style. Check out their website for some cool makeup workshop dates, because if you’re not dressed up, no party for you!

Book the Conscious Hotel Vondelpark in the city center of Amsterdam at bookdifferent.com. 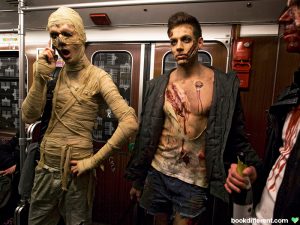 This underground festival starts on Halloween and continues for the following five days, showcasing fifty-plus of the weirdest and greatest bands you’ve never heard of. Add a healthy dose of independent designer fashions, art installations, and constant parties, and you have a recipe for an amazing holiday. Bring a Halloween costume to kick off the festivities the right way, but be sure to bring a few more outfits- with all that art around, this is definitely the time to dress to impress.

Book the Living Hotel Berlin Mitte by Derag at bookdifferent.com. 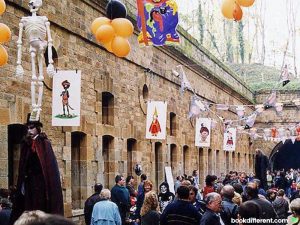 Located in the Champagne-Ardenne region of France, Chalindrey hosts a long running creepfest that’s more Celtic Samhain than Halloween. The Fête des Sorcières (Witch Festival) has happened annually for nearly a hundred years. The town is home to the Fort of Cognelot, the site of a 16th Century witch hunt, now known as Devil’s Point.  The main event of the festival is an all-night Celtic dance on the Saturday of Halloween weekend.

It’s time to get spoooooky!

5 best family cities in the USA!

For every age a favourite thing to do during your city trip with your family. Many big cities host the coolest museums fitted for the younger ones, creepy castles to visit and much more!

Tips for community based travel!