The town of Baiona constitutes the perfect union between land and sea. You can enjoy a magnificent landscape and choose between different alternatives for your sustainable holidays!

Sustainable destination Baiona is a coastal town in the south of the Rías Baixas (Galicia), in the northwest of Spain, very close to the Portuguese border. Along its coast we can find 4 km of beaches spread along 6 points: ‘A Concheira’ and ‘Frades’, open onto the Atlantic Ocean and another 4 beaches with fine white sand, located in the interior of the bay. All of them close to Baiona’s old town, declared a ‘Collection of Artistic and Historical Interest’. Moreover, its natural surroundings and mild temperatures, allow the practise of sports in its bay all year round together with many other activities.

A stroll around the monumental zone, the Monterreal Fortress or the statue of the Virgen on the Rock, among others, lets you plunge yourself into part of its history, the most significant fact being the ‘Arrival of the Caravel La Pinta’ to its port with the Discovery of America on 1st March.

Each year, this historical fact is celebrated, on the first weekend of March, in the Festival of The Arribada, declared to be of International Tourist Interest. 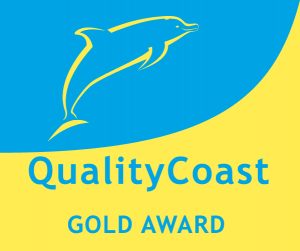 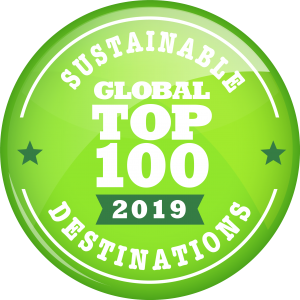 Sustainable destination Baiona is committed towards sustainable tourism by actively supporting certification of local touristic enterprises. Being a coastal destination, it has two first beaches in Galicia (Os Frades and A Ribeira) that became smoke-free. Currently, all its beaches are declared smoke –free.

Baiona shows a long-standing commitment to quality tourism and in 2019, five beaches (of 6) and one marina were awarded Blue Flags. It made beaches accessible to visitors with a physical disability and founded an adapted sailing school for physically and mentally disabled would-be sailors.

the staygreencheck
the greener, the better!

nice! we check all accommodations for sustainability 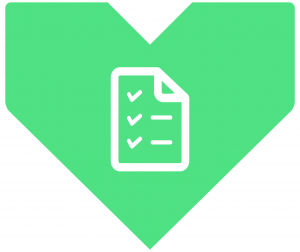 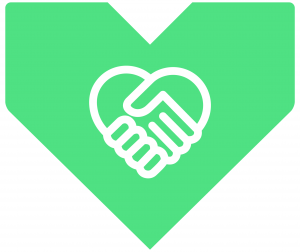 fair & local
fair and equal treatment for employees and destinations 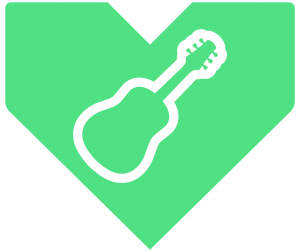 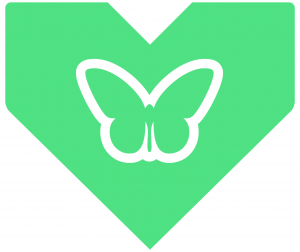 Contemplate the nature at Estuary river Miñor, part of the Natura 2000 Network. It has sandy parts and marshes and it's mainly populated by reeds and salt plants. Very close to the marsh is the Bird Observatory "A Foz do Miñor", where you can find interpretive panels to learn more about the environment.
Thalassotherapy? Take a bath in an ancient “cetarea”, a old lobster nursery, located on the Paseo Monte Boi. Here hydrotherapy elements have been installed to let everyone take advantage of the beneficial properties of the sea water. (April to October, free of charge).
Visit Baiona at Fiesta de la Arribada 1st weekend of March. Big celebration in medieval style to remember the arrival of Carabela Pinta to Baiona with the news of the Discovery of America. The whole city becomes a large outdoor market, with stalls selling food and artisanal products. Nobles, knights, artisans and peasants stroll along the streets in an authentic recreation of the past.
developed by